Rhinoplasty is one of the most difficult types of operations in aesthetic surgery and requires a lot of experience from the plastic surgeon. Therefore, it is recommendatory to plan a preoperative consultation in order for the patient to discuss preferences and expectations about the future rhinoplasty. Two types of rhinoplasty nose surgery can be distinguished: nose tip reshaping and total nose correction. In both cases, surgery is performed under sedation and takes about an hour. 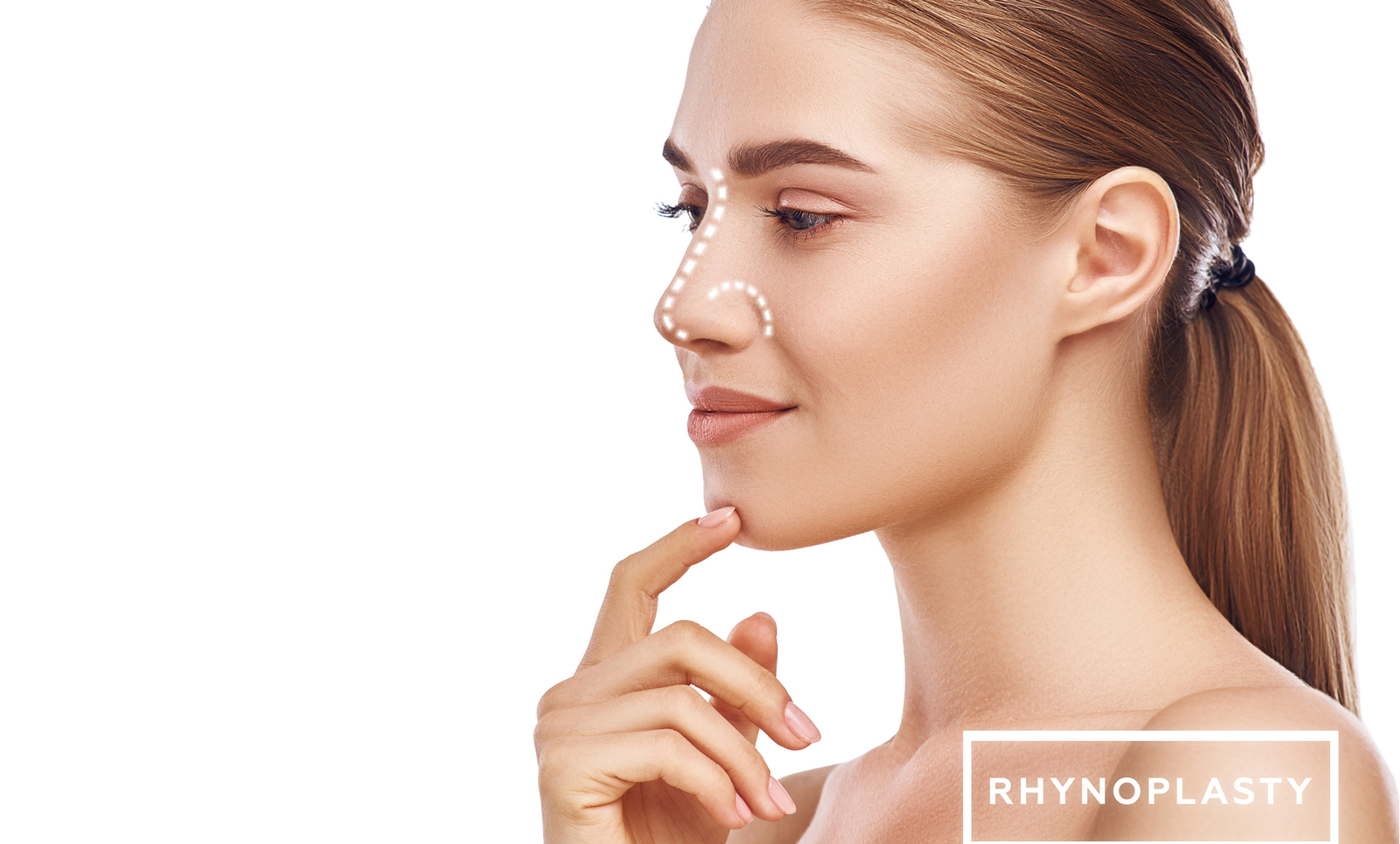 First of all, the sites to be corrected are marked and the nose tip will be sedated. Then, through an incision in the nosetrils, the excess cartilage is removed, making the nose thinner. If necessary, the nose bridge is altered via the same incisions. In some cases, although rare, the bridge of the nose needs to be opened externally (open rhinoplasty). Self-absorbing stitches are used to close the incisions. Fatgauze is implemented in the nostrils and needs to stay there for a period of three days. The nose tip is covered with small bandaid, which has to remain in place for one week.

In this cosmetic surgery, both nose tip as well as nose bridge are remodelled. The nose tip reshaping procedure has been discussed in the above paragraph. Correcting the nose bridge is done through the same incisions in the nostrils. In most cases, the aim of the total nose correction procedure is to make the nose smaller. For this, the septum is reduced and the bone structure of the nose is reshaped during rhinoplasty. At the end of the operation, nasal packing is placed in each nostril. This is for a period of three days. On the outside, a splint is placed over the nose and needs to be worn for one week.

After three days, the patient can remove the nasal packing. One week after the operation, the splint may come off. With total nose correction, bruising around the lower eye lids will start to appear after two days. This will last for approximately ten days. It is therefore advisory to use Arnica drops before and after the rhinoplasty surgery.

Hypertrophic nasal wings can be reduced under local anaesthesia. During the procedure a moon-shaped piece of skin tissue is removed from the lateral side of the nasal wings. The volume of the piece of skin tissue is limited to prevent deformation of the nostrils. The wounds are closed with non-resorbable sutures which need to be removed after 10 days. A nasal wing reduction leaves a minimal scar in the furrow of the nasal wing.