The skin’s immune system is weakened by strong sunlight, which damages the skin cells and alters their genetic material. If these cells continue to divide, they can mutate and develop into skin cancer years later.

The risk of developing skin cancer is often heriditary since the genes play an important role in skin cancer. Everyone who has a relative who has had skin cancer (melanoma) en who has a high risk skin type (patient with a fair skin who burns easily) should have a yearly check-up. 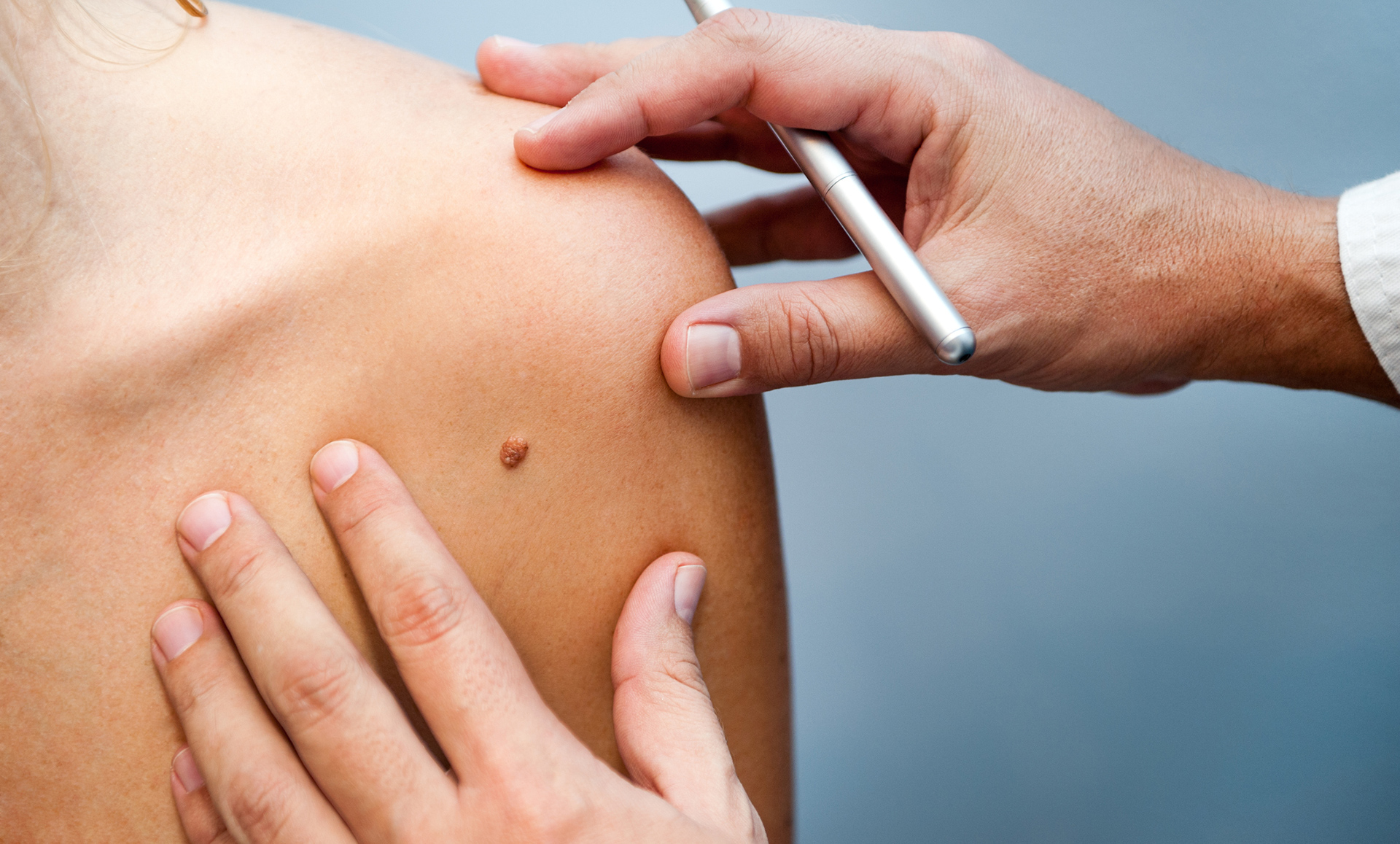 MALIGNANT MELANOMA: THE MOST SERIOUS FORM OF SKIN CANCER

Melanoma (black mole cancer) is the most serious form of skin cancer. It may develop anywhere on the skin, and within a pre-existing mole in 30 to 50% of cases. The commonest sites are the trunk in men, and the legs and trunk in women. The malignant melanoma develops from the pigment-forming cells (which are the cells that give our skin a certain colour).

CHARACTERISTICS OF A MELANOMA

A melanoma is often not recognisable to the naked eye and at first looks hardly any different from a mole or a birthmark. The A-B-C-D-E rule can be useful in making an early diagnosis. If a mole is assymetrical (A), has no distinct border (B), if its colour changes (C), it is larger than 5mm in diameter (D). Evolution (E), such as changes in color, shape, size, elevation, skin surface, and symptoms such as itching or bleeding of a lesion are a hallmark sign of malignancy.

The non-melanoma skin cancer is not as dangerous but ten times as common as malignant melanoma. Particularly affected are those areas of the skin most exposed to the sun. These include the face, ears, backs of hands and underarms and, in men, bald patches.

Non-melanoma skin cancer can be divided into two different types:

Basal cell carcinoma is the least serious form of skin cancer which originates in the lowest layer of the epidermis and often grow for years without causing any discomfort. If left untreated, however, the cancer grows deeper down into the tissue where it destroys underlying structures. Basal cell cancer does not generally form metastases.

More than 90% of the basal cell carcinomas occur in the face, mostly on the nose, the inner eye corners and the temples. They can also occur on the trunk.

A squamous cell carcinoma is also a non-melanoma skin cancer which can form metastases. It resembles a basal cell carcinoma, however, the surface is usually more elevated and crusty. This type of tumour may sometimes be mistaken for a wart.

In most cases the plastic surgeon will try to remove the cancerous tissue under local anaesthesia. Depending on the results of the lab a wide excision may be recommended removing extra normal skin around the tumour which is likely to contain more skin cancer cells.